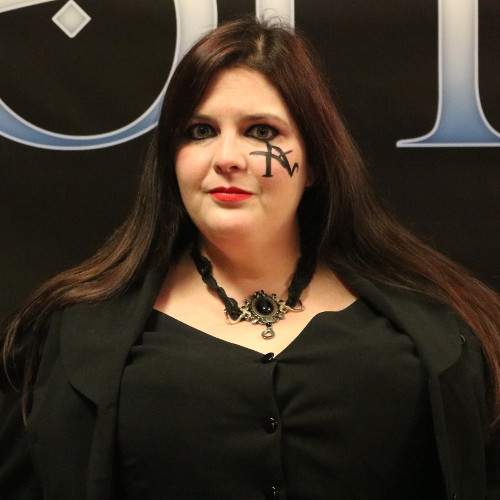 Mel spent many of her formative years painstakingly plonking away on a piano and tooting away at her clarinet. The clarinet was a gift from her grandfather, who (along with her grandmother) sung all over Europe and the United States in his spare time. Her great-uncle was also the president of the American Society for the Preservation of the Barbershop Quartet and appeared in the original Broadway production of “The Music Man.” I guess you could say that music is well and truly in Mel’s DNA!

As she moved up into High School, Mel joined the local dramatic society and began singing in her high school choir, along with receiving vocal coaching from an ex-Broadway triple threat. She continued playing and singing during her time at the University of Indianapolis, honing her skills with private tuition and a concentration in music while she pursued her joint degree in English and Theatre.

After emigrating from America to England in 2003, Mel quickly joined nearby operatic societies, where she played roles such as Iolanthe in ‘Iolanthe’, Josephine in ‘HMS Pinafore’ and Yum Yum in ‘The Mikado,’ Julia in ‘The Grand Duke,’ and the Giant’s Wife in ‘Jack and the Beanstalk.’ During this time, she also took voice lessons with the internationally recognised opera expert Martin Yates.

Mel joined her first band, Cathexis, after a serendipitous night of karaoke. After her first rehearsal, she was hooked on the metal life – and after her first gig, she knew she never wanted to stop.

But, as they say, a person with one rear end cannot sit on two horses: so, in 2013, Mel gave up the thespian life so that her musical focus could lie almost entirely with Aonia (except for guest appearances with Blaze Bayley, Divided We Fall, and Castratum).

Between singing commitments, Mel is a Lead Teacher of English at a local secondary school. She also writes short stories, two of which have been published.

Mel lives and breathes Aonia. She is honoured to be part of such a unique and amazing family of talented musicians.