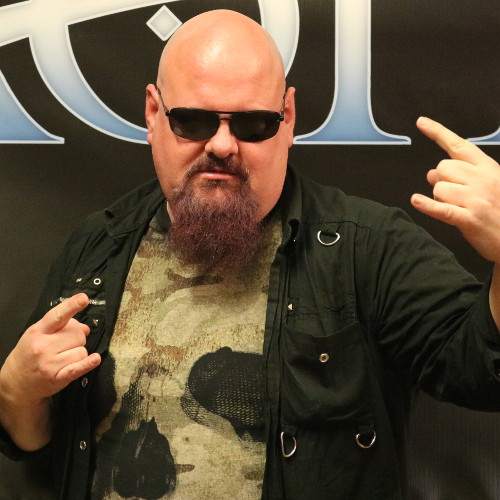 Tim ‘The Machine’ Hall started playing piano when he was about 8, so…20 years now? (OK, nice try!) He has played in bands since he was 15. The first band he went to see was Iron Maiden in Leicester.

Tim was classically trained till he left school (18), but got into metal and prog from about age 12.

His favourite current bands are – Dreamtheater (of course!), Five Finger Death Punch, Cradle of Filth, Within Temptation, Dreamtheater, Machinehead, Lamb of God, Dreamtheater – but still the old classic stuff to!

Tim has performed in most situations – from pubs playing to 2 people to festivals playing to a few thousand, from a theatre pit (where the musicians were more concerned about if they’d have time in the interval to get to the pub for a drink than the music) to churches! He has played in England, Wales, Scotland, Belguim, Germany, America, Poland, Greece and Italy.

His favourite drink – alcohol (everything except Advocaat and Guiness)!

Why The Machine? Well, that’s for him to know…and for you to find out!